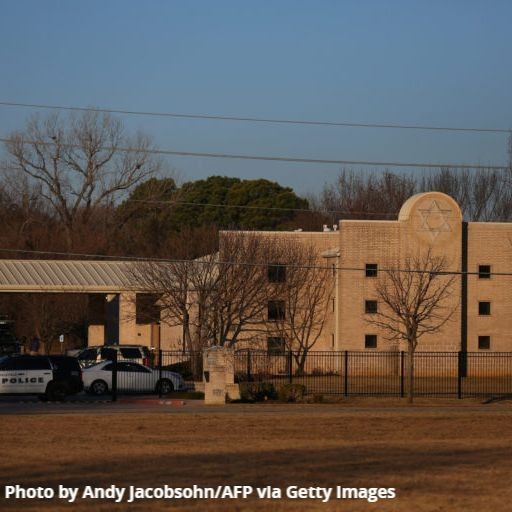 During Shabbat Services at Congregation Beth Israel in Colleyville, Texas Saturday, January 15, 2022, hostages were held with demands made ending in the eventual killing of the terrorist and safe release of the hostages. The hostage crisis was terrorism-related according to the FBI as the kidnapper was motivated

by his request to release a female terrorist recently sentenced to 86 years in prison near the Texas synagogue for ties to Al Qaida and attempting to kill US army officers in Afghanistan as well as planning massive attacks in the US at the Brooklyn Bridge and the Empire State Building. As reported, the kidnapper, who was holding the four hostages including the Rabbi of the synagogue, was killed by an FBI swat team and all hostages were released after a more than ten-hour standoff.

In response to the incident, Prime Minister Naftali Bennett addressed all Jews around the world in his statement at the open of the weekly cabinet meeting in Israel on Sunday, January 16th, “This morning I received the good news that the hostages in Congregation Beth Israel in Colleyville, Texas have been rescued.  I want to thank the law enforcement agencies for their swift response and courageous action that brought the hostages home safely to their loved ones. This event is a stark reminder that the dark forces of anti-Semitism still exist. We must and we will fight it. To the Jewish community in the US and diaspora Jewry around the world I say, "You are not alone! We are one family, and we stand Strong and United together!"

During the crisis, the Jewish Federation of Southern New Jersey monitored the situation as it unfolded. William “Bud” Monaghan, our Regional Security Director, was in contact with law enforcement, Jewish institutions, and synagogues. He received briefings throughout the day.

As part of a national system of Federations, we received real-time updates and information from the Federation’s security partner, the Secure Community Network (SCN). Bud was in touch with local law enforcement to ensure there was an increase in police patrolling our synagogues and institutions. Thankfully, this was an isolated and localized incident, and there were no threats beyond Colleyville. But it clearly illustrates the power of a national collaboration to ensure that real-time information is shared around the country.